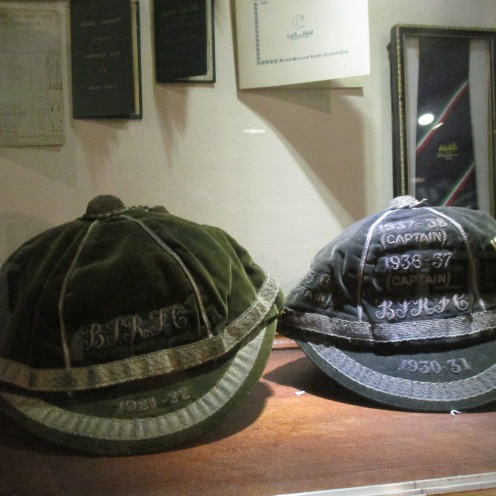 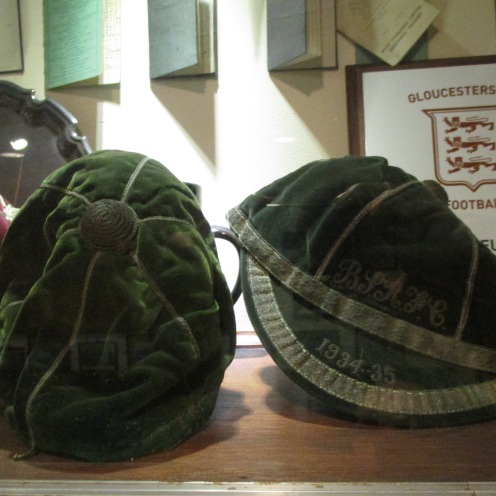 Bristol Saracens Rugby Caps – located in their Bakewell Memorial Ground clubhouse. The more fancy cap was the one awarded to George Wright a prominent figure with Bristol Saracens. To be awarded a cap you have to play 30 1st team games and be of good character. 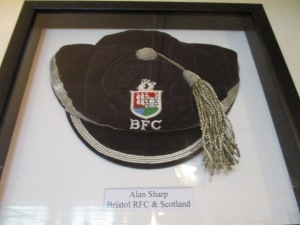 Harlequins Caps. The first picture is of a cap awarded to Adrian Stoop who played for Harlequins 182 times. Both Caps are in the possession of the World Rugby Museum, Twickenham

London Welsh 1921-22. Awarded to Thomas Watcyn. Currently in the possession of the WRU at the Principality Stadium 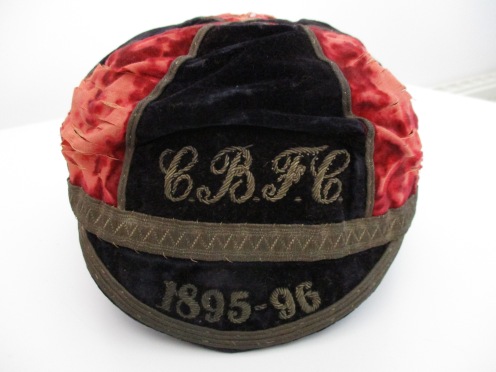 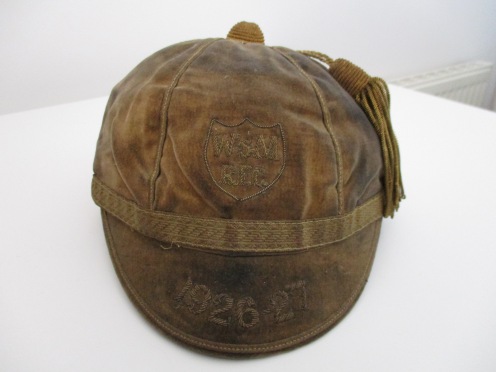 Old Dunstonians Rugby Club 1923-1924. Blue Velvet with ODRFC and date. Cream coloured cloth tassel. No name or label. There are some much ore ornate ODRFC caps out there, so were caps awarded for different thing? (ER) 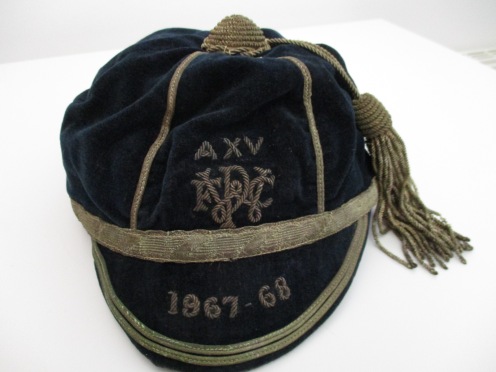 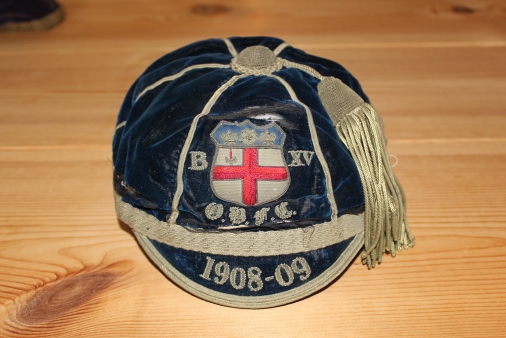 Old Blues B XV Cap 1908-1909. Recipient unknown. The club was formed in 1873 as a rugby club for the Old Boys of Christ’s Hospital School in West Sussex (RR) 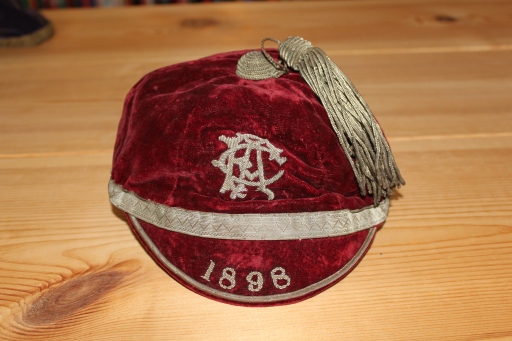