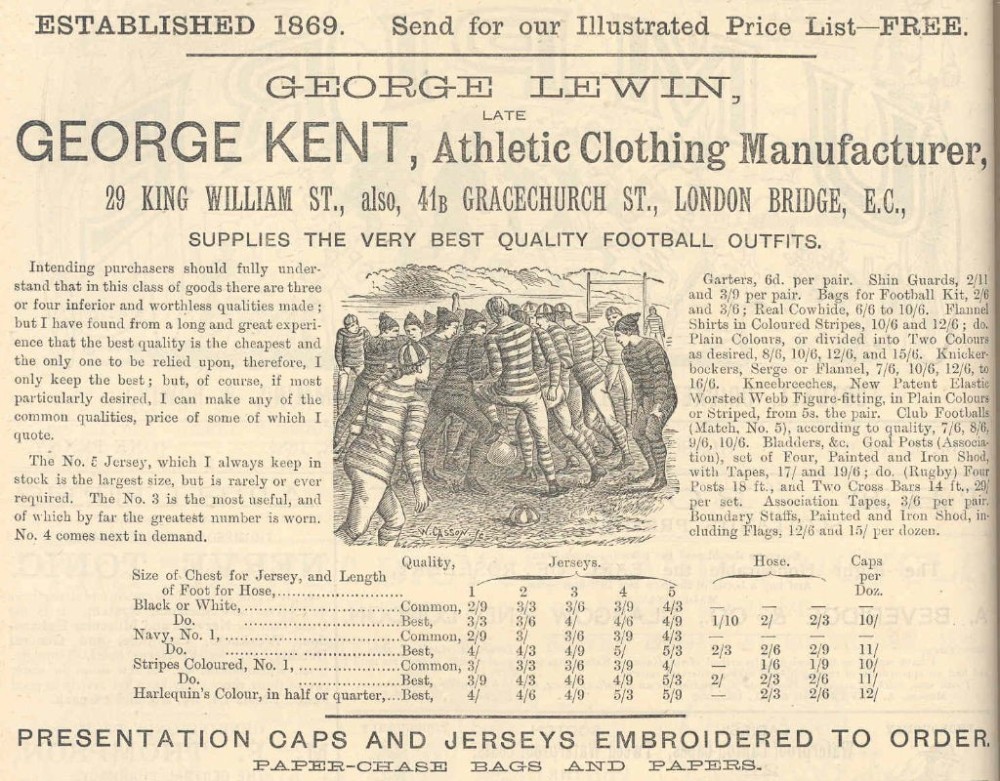 George Lewin, when club outfitter for Wasps, presented this cap annually from 1898 to 1930. The cap continued as an annual award in memory of Edgar W Nuttall (Club Captain 1893 – 1897 and Hon Treasurer 1897 – 1923). The cap is awarded to a Wasps FC member who, in the opinion of the Committee, had given especially good service either on or off the field.

Examples of other Caps by this manufacturer featured on this site: